Fusion, through Butt welding operation, the 8 most usual mistakes. 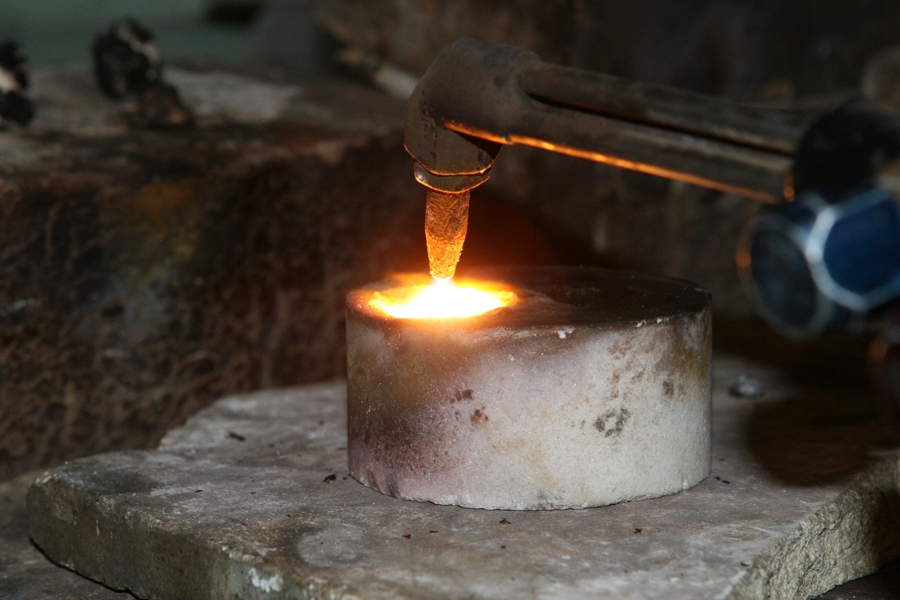 Fusion through Butt welding operation in polyethylene high density pipes (HDPE) it is based on a union throughout two surfaces, which are heated due to the application of a specific heat temperature, from that point a precise pressure it is implemented till both surfaces finally get fused.

The heat changes the plastic molecular structure, from the crystalline state to a shapeless state, so when the pressure it is performed produces the mixture of these molecules. With the cooling, the molecules come back to their crystalline state, achieving an excellent welding result.

As a general rule, if once the welding process has been completed and occurs that  we have some doubt in the resulting weld, such as if it has been performed with the total warranties, we must cut the pipe and repeat step by step the whole butt welding operation.

During the welding process it is possible that we must face the following errors:

Appearance of a flat part on the top of the Bead, or an excessive wideness of the double bead.

This is caused by an overheating of the welding surface, that has been originated reason of an excessively strength during the union operation.

The bead gets rolled over the Surface.

besides that, if the case is a deep V channel, the origin will be an insufficient heating and an excessive union strength.

A V Channel enough deep in the double bead.

The origin of this incident is the application of pressure during the heating, and an excessive union strength or an insufficient heating.

The presence of bites and bubbles on the Bead Surface.

This point as well as a rugose fusion, resulting a sandpaper touch are the usual pollution examples in the welding process, it is originated by the presence of hydrocarbons in the operation.

Irregular Bead size, around the union.

The possible causes of this are the misalignment, that the heating tool is defective, maybe that the equipment it is worn out, or the facing process has been incomplete.

This is consequence of having applied an pressure before time during the HDPE. heating.

If one of the beads is bigger that the other, this is an indication that there is a misalignment.  Could it be because to the heating tool it is defective, or to the welding equipment it is not in proper conditions or because the facing process has been incomplete.

Beads too small or too big.

Small Beads are the result of insufficient union strength or reason of an insufficient heating, while those that are too big are due to excessive heating.

the Butt-welding process is a method simple faster and cheaper to joint polyethylene pipes (between each other and with their accessories tubes) without the need of use additional elements in the union.

That means that the tubes which are cut are the ones – that once heated to a fusion temperature and through a pressure application- to conform the welding.

The welding process indicated as following:

In this video, you can see the process